This result stems from our new LOOKA study published on April 27th, 2020 in partnership with the Association Zero Waste Senegal. Through phone interviews in Fulani, Wolof and French, our surveyors interviewed 206 merchants and consumers in Dakar and its suburbs, who express concerns, alternatives to plastic and point to strategic orientations for the adoption of the law in light of the COVID-19 context.

Respondents express their perceptions and expectations of the law n°2020–04 of January 8th, 2020, commonly known as the “Plastic law”, which aims to prevent and reduce the environmental impact of plastic in Senegal and inscribes itself in the national “Zero Waste” program of the Senegalese government.

We compared this new data with an internal LOOKA study conducted in July 2019, with 300 people in Dakar and Abidjan on their perceptions to the environment. We hope that these insights and strategic orientations can serve as a silver lining for the implementation of the “Plastic law” and sustainable waste management in Senegal.

I. 81% think that the “Plastic law” is not a priority in the COVID-19 context

As a part of the national “Zero Waste” program of the Senegalese government, the “Plastic law” is a follow-up from the law of May 04, 2015 prohibiting, amongst other things, “light plastic bags” of less than 30 microns. This second law repeals and replaces the previous one, which has seen limited enforcement. Among the interviewees, many expressed doubts as to the actual enforcement of this new law.

The restrictions include, but are not limited to:

More than 77% of respondents have heard of the “Plastic law”. However, 81% think that is not or a low priority in the context of the COVID-19. Confusion remain regarding its content and the difference with the 2015 law on plastic. That being said, 64% are aware of the main element of the law: it prohibits single use plastics.

II. For 45% the main sources of pollution are linked to waste 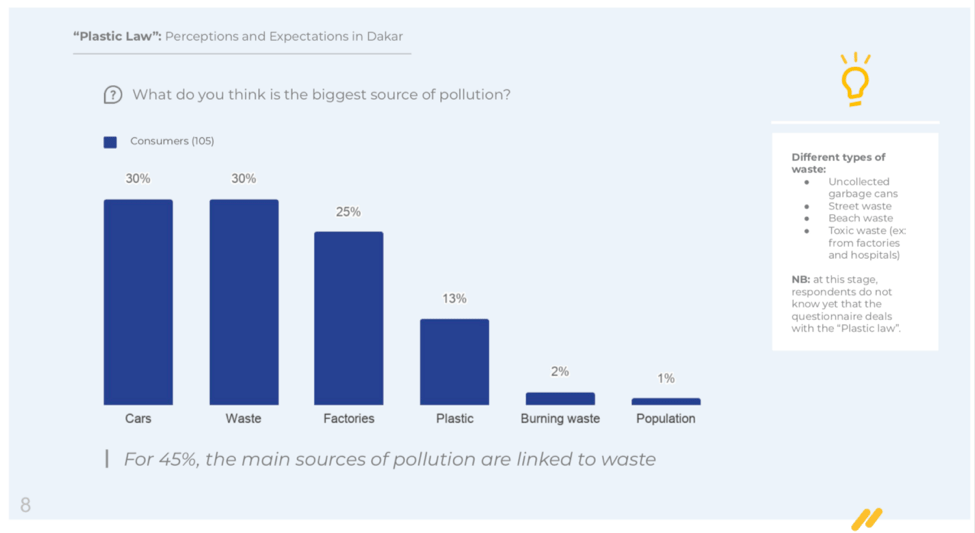 In 2018, the WHO ranked Dakar as one of the most polluted cities in the world, ahead of Beijing, New York, Mumbai, and Paris. Dakar has an average level of small particles of 146 micrograms per cubic meter. This is more than seven times the recommendations of the World Health Organisation. That being said, Senegal is one of only 8 countries in Africa to measure air quality (source: OMS).

In our July 2019 study, 86% of those interviewed indicated that they were little or not satisfied with the air quality in Dakar. For 45% of respondents in our new study, the main source of pollution is linked to waste (including plastic, 13%, and burning waste, 2%), followed by cars (30%) and industries (25%).

For 72%, the priority is not to throw waste on the ground, but while 60% of consumers favor recycling, only 7% of merchants do.

At his inauguration on April 2nd, 2019 the Senegalese Head of State declared: “I call for a general mobilization to forge the image of a new Senegal; a Senegal that is cleaner in its neighborhoods, cleaner in its villages, cleaner in its cities (…) a “Senegal Zero Waste”. Soon after the Zero Waste Program was launched by the government.

III. 1 out of 3 people participate in neighborhood clean ups

In July 2019, 52% of people interviewed indicated that they did not participate in environmental activities. In April 2020, they were more than 36% to participate in neighborhood clean-ups and 37% actively raising awareness in their entourage.

The results support an increased engagement to have clean streets. Many mention taking part in neighborhood “Cleaning Days”, launched in early January 2020 by the President Macky Sall, for clean-ups on every first Saturday of the month. As well as “Set Setal” (“make clean” in Wolof) or the Young Volunteers for the Environment association, which is one of many examples of youth involvement in environmental issues !

IV. 49% of consumers do not know any alternatives to plastic

The interviewed merchants are directly concerned by the plastic law as 80% of them have an important or very important use of plastic in their activity (packaging, water sachets, coffee cups, fruits & vegetables bags, etc.). Almost 1 in 4 are aware of sanctions linked to the law, and many are worried as 73% of merchants recorded a drop in their turnover due to COVID-19 and 41% think that the “Plastic law” will weaken their turnover.

Some water sachets sellers — known for calling out “pure water” on the streets — think that “the government must find them work” because at the moment their activity does not comply with the new law. 18% think that the government are the ones who should help most in adapting the law to merchants and consumers.

If 55% of merchants plan to adapt by using paper & cardboard as an alternative to plastic, up to 49% of consumers do not know any alternatives to plastic. This last figure reinforces the need for tailored communication and support regarding alternatives. In July 2019, 51% of the population interviewed knew that plastic bags could be recycled, but many added that they didn’t know how or where to recycle.

V. 72% of consumers notice positive changes in the current environment 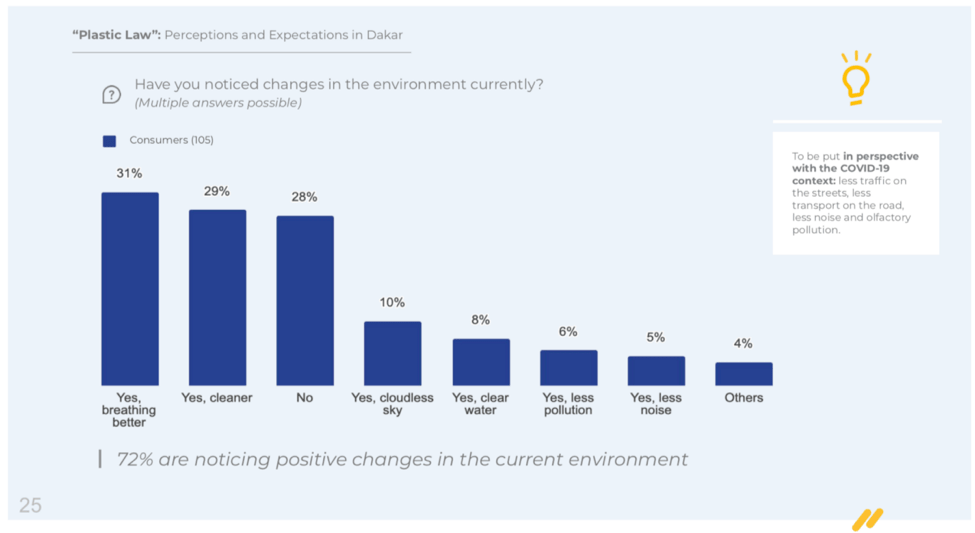 31% even mentioned a benefit to their health: they breathe better. This enthusiasm can serve as a springboard to embed some of the new behaviors related to COVID-19 in the long term. A particular emphasis can be put on the link between better waste management and health.

Adapt communication to the COVID context 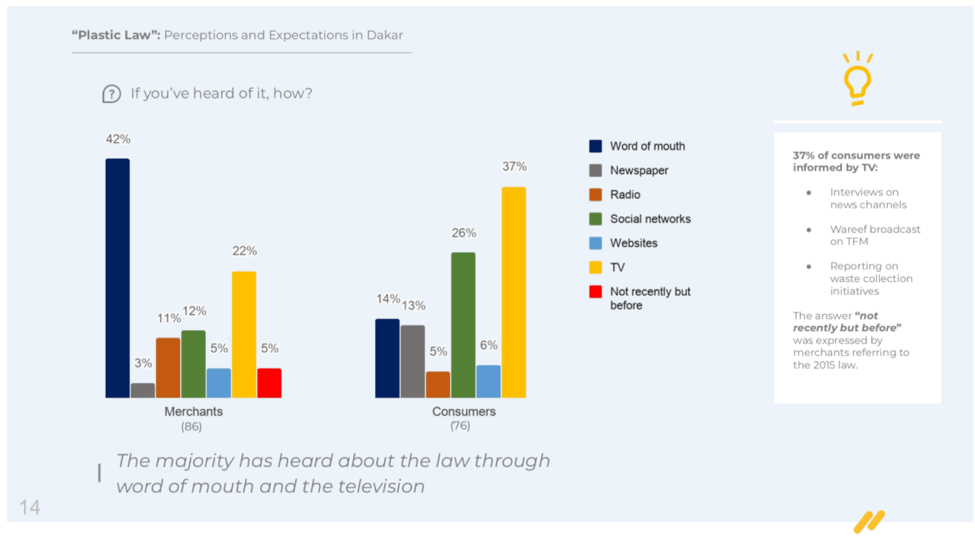 A communication adapted to the current situation would clearly distinguish between the two laws and highlight a possible synergy between health measures undertaken in the COVID-19 context, as well as the fight against plastic and waste.

Use of social networks to organize the Set Setal or the dissemination of the “Trashtag Challenge” in which users pick a place filled with litter, clean it up, and post "before and after" pictures.

Crowdsourcing platform for alternatives to plastic

In light of economic tensions, it seems important to direct upstream action towards producers who are able to offer alternatives to plastic.

Similarly to masks produced by tailors against COVID-19, local initiatives should be considered for waste reduction, as a source of revenue, or in the production of reusable cloth bags and baskets/calabashes — respectively 30% and 24% of consumers mention these alternatives.

The turnover of 4% of merchants has increased in the current context and 4% no longer use plastic. It seems beneficial to direct the recovery and support strategy towards green and environmental initiatives.

A “Green merchant” label, also feasible on an online sales platform, is one option amongst others that could encourage merchants to comply with the law and offer the possibility for consumers to support them financially.

The “Plastic law” is part of the “Zero Waste Program" of the senegalese government and is inscribed in a growing awareness surrounding the importance of protecting the environment. However, alternatives and initiatives are still to be developed to gain traction amongst the population, and one of the key challenges is to find the most effective communication and arguments that speak to the notion of a common battle.

The results demonstrate a growing awareness of the population of the link between the environment and health. Some of the new behaviors related to the COVID-19, can serve as a springboard to embed greater respect for the environment. 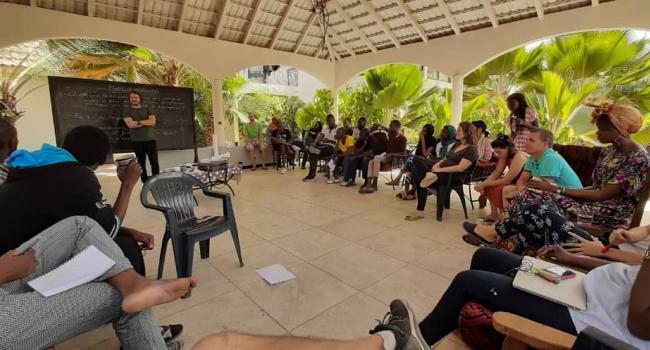 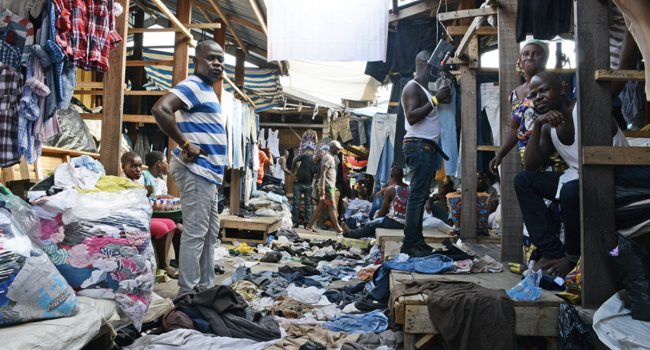 Perceptions and the ecological impact of second-hand clothing in Ghana
mai 19, 2021
by Sasha 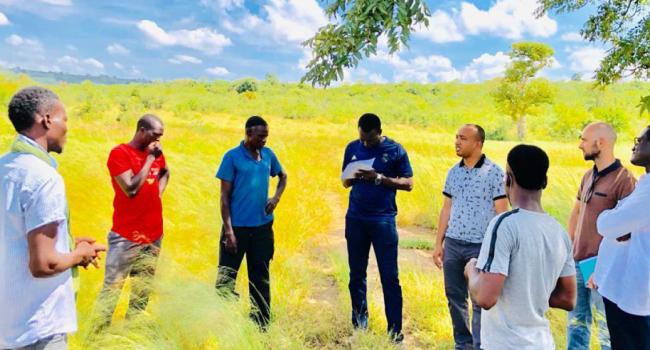